Today is the first day of playgroup at Steiner for Little Warrior. She’s been waiting forever for this day. Having seen Big Warrior go in to class day in and day out, she’s often asked me when it would be her turn to be a big girl and go to school. Well, today is the day. 😊

While other kids are learning their ABCs and 123s, Little Warrior is learning about the world, through interacting with Mother Nature and listening to story time. And that’s perfectly okay. She’s busy learning the necessary human survival skills, that she might not necessarily use per se, but those traits are what will set her apart from the rest of her robotic peers. She gets to plant gardens and pick flowers, and find out how to work with Mother Nature and appreciate her beauty and resources. She gets to walk barefooted, climb trees, and occasionally get a glimpse of wildlife in the school’s backyard as we are fortunate enough to be surrounded by bushland. Like today, we had a beautiful owl visit us at the playgroup garden. It’s not everyday that one gets to see a wild owl upclose and personal. What an amazing experience for us!

She doesn’t know her multiplication times table, nor can she write her own name yet, but that’s perfectly okay. She’s busy playing and learning more relevant things like how society works by interacting freely with her peers. They engage in a world of free play where they dictate how the playing goes, where it happens, and who gets to be involved in it. There’s no social pressure on how she’s suppose to be, what she’s suppose to say, or who’s she suppose to maintain good relationships with. She learns how to socialise and be part of a community without unnecessary social influences. She does chores, and learn how to work as a team with her playmates. She gets to learn how to make decisions pertaining to her life from an early age, instead of being helicoptered and told what to do all the time. She gets to learn that every action comes with a reaction, so the next time she knows what to expect when she does something. 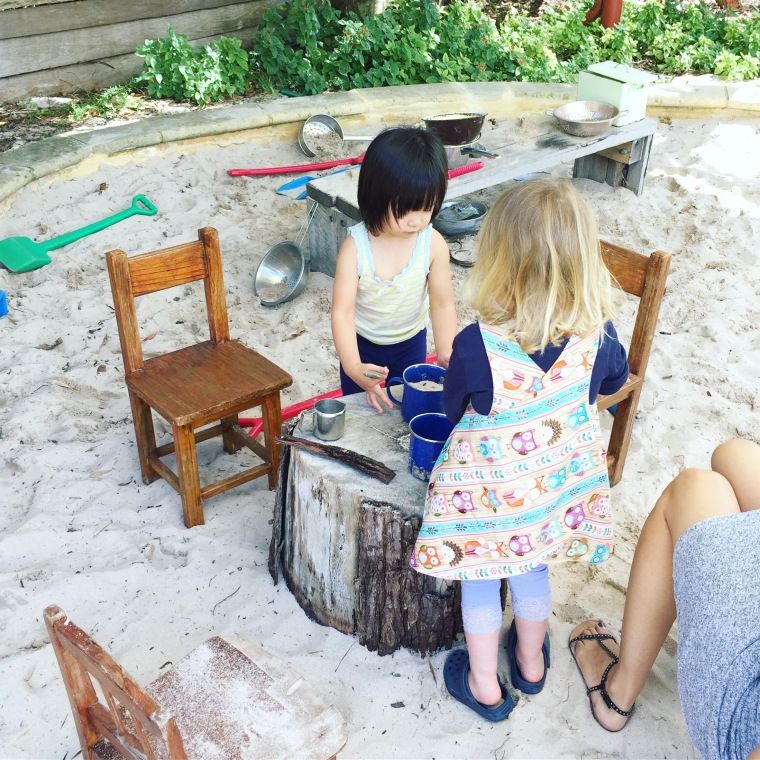 She doesn’t know her written ABCs yet, and she can’t recognise 123s, even though she can communicate as fluently as a 2 year old should. And that’s okay too. She learns how to express herself and be confident with her voice. She sings and says blessings. She learns about empathy and sees the goodness in the world. She will learn to appreciate mothers, fathers, and educators alike, because she will see with her own eyes how everyone respects each other at playgroup despite their age, financial background, and race differences. 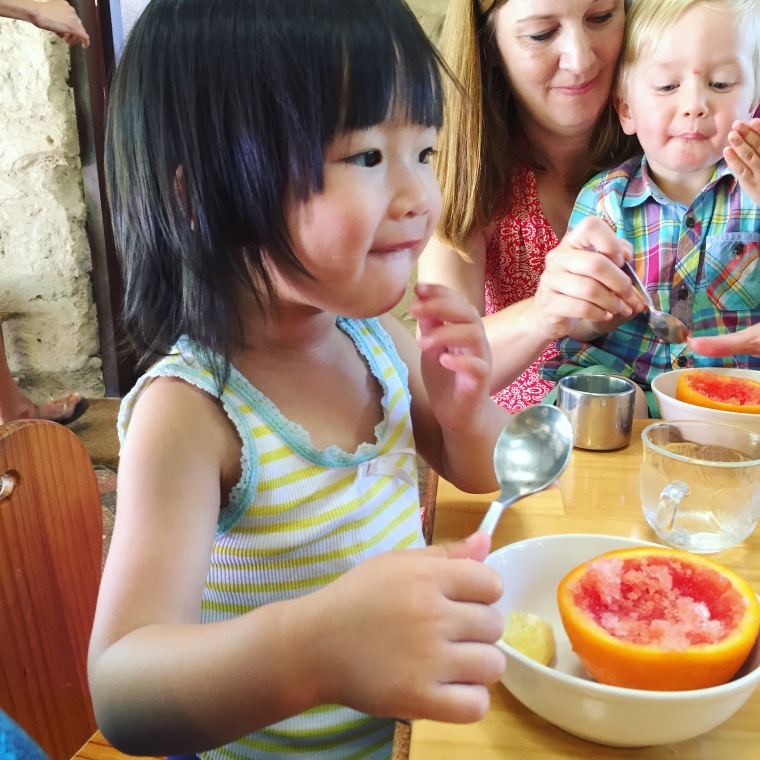 Sure, academic education is important. However, I think education about the self and play is equally important. If you don’t know how to be comfortable with your own skin, and be confident with your ability to make decisions, then you won’t go far. So many of our younger generations aren’t equipped enough to go against the tide and think outside the box, and just be different. Our current society is raising a future generation of robots, teens and young adults who follow the herd and do not question what is being taught. Do we really want that for our children? I don’t. I really don’t.

I’m prepared to face the insanity of having to reason with my 2 year old on why we don’t run around naked when outside the house, or teach my 5 year old all the proper names of her body so that she’s aware that nobody is allowed to touch her sacred body parts without her consent. I teach them to say no to hugs or kisses when they’re not up for it, even if it’s us or the grandparents asking. I teach them that it’s okay to say they don’t like certain food, as long as they’ve tried at least once. And I tell them it’s okay to reason with us if they feel the need to voice out their opinions.

There are so many things worthy of learning that aren’t academic. Little Warrior, like her sister Big Warrior, will not be officially educated in the academic sense until she turns 7 according to the Steiner system. I’m totally okay with it, proud even, because I know that like her sister, she will thrive and blossom into a wonderful little human being when the time comes.

Not a Princess Bébé

Not a Princess Bébé